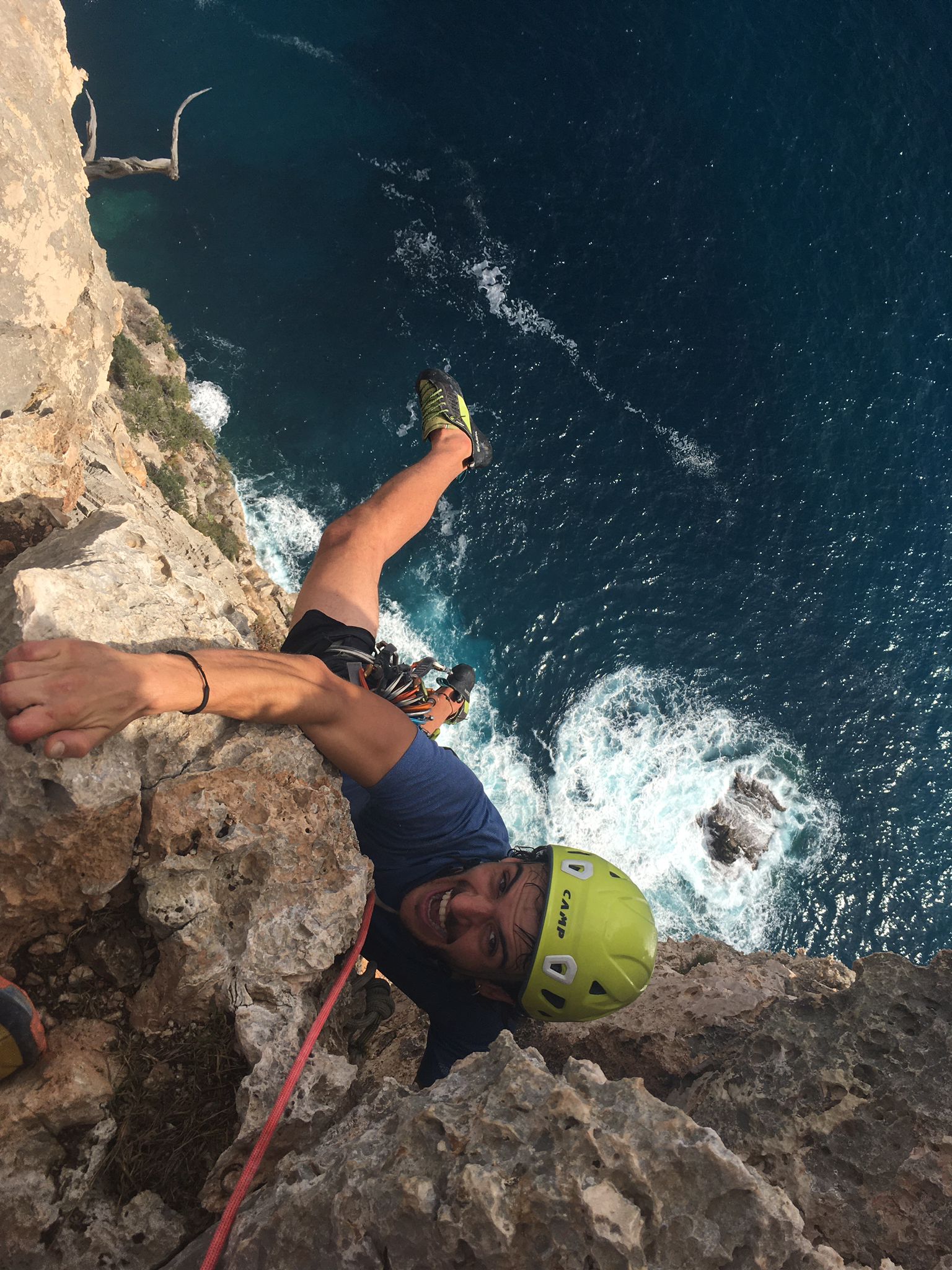 PhD student at the Department of Earth Sciences, Uppsala University

With a BSc Physical Geography and a MSc in Disaster Risk Management and Climate Change Adaptation, I am an expert at not being an expert. Instead, I have invested my time acquiring a broad knowledge base, encompassing natural to social sciences. I believe holistic knowledge to be necessary to navigate in the complexity ridden waters of Climate Change Adaptation (CCA) with a critical mindset and drawing inspiration from different fields.
While being always interested in natural hazards from a natural science perspective, it was being accidentally involved in the response to a fire raging is a remote town of Chile that made me aware of the importance of understanding hazards from a social perspective.
The latest one that I read is Disasterology. Samantha Montano sums up the two years of my MSc in a few hundred pages, all told from her personal experience and with a light, engaged, tone as practitioner and academic in the field of Disaster Risk Reduction. Must read!
I love climbing and I never waste a sunny weekend not going out to the crag!
Never be afraid to stand up for your rights and your wellbeing. Research is work, you do not need to sacrifice your life for it! 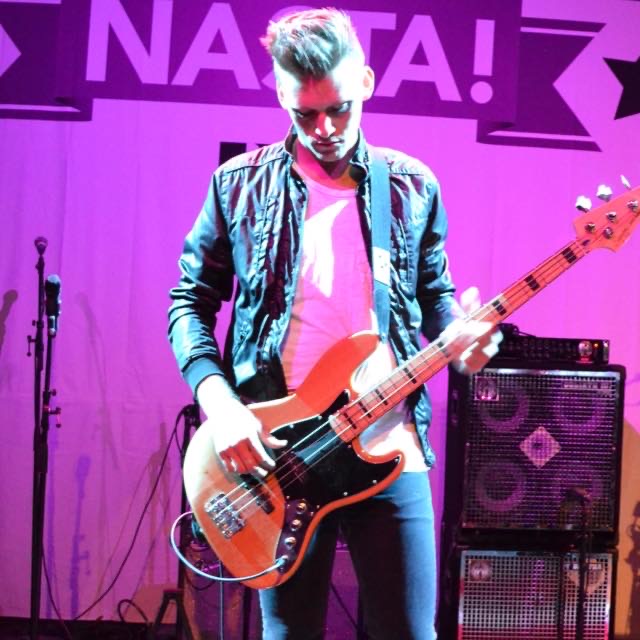 PhD student at the Department of Electrical Engineering, Uppsala University

Electrical power system analysis, with specialization on grid modelling.
The society’s dependency on electricity in relation to the energy system’s vulnerability to extreme weathers.
“The potential of using residential PV-battery systems to provide primary frequency control on a national level” (Luthander, Forsberg 2018). My first paper, based on my master thesis, that inspired me to begin my PhD studies.
Cook (and eat) food, play bass guitar, exercise, volunteer in church.
Being a researcher is your profession. Make sure to have a life outside of academia. 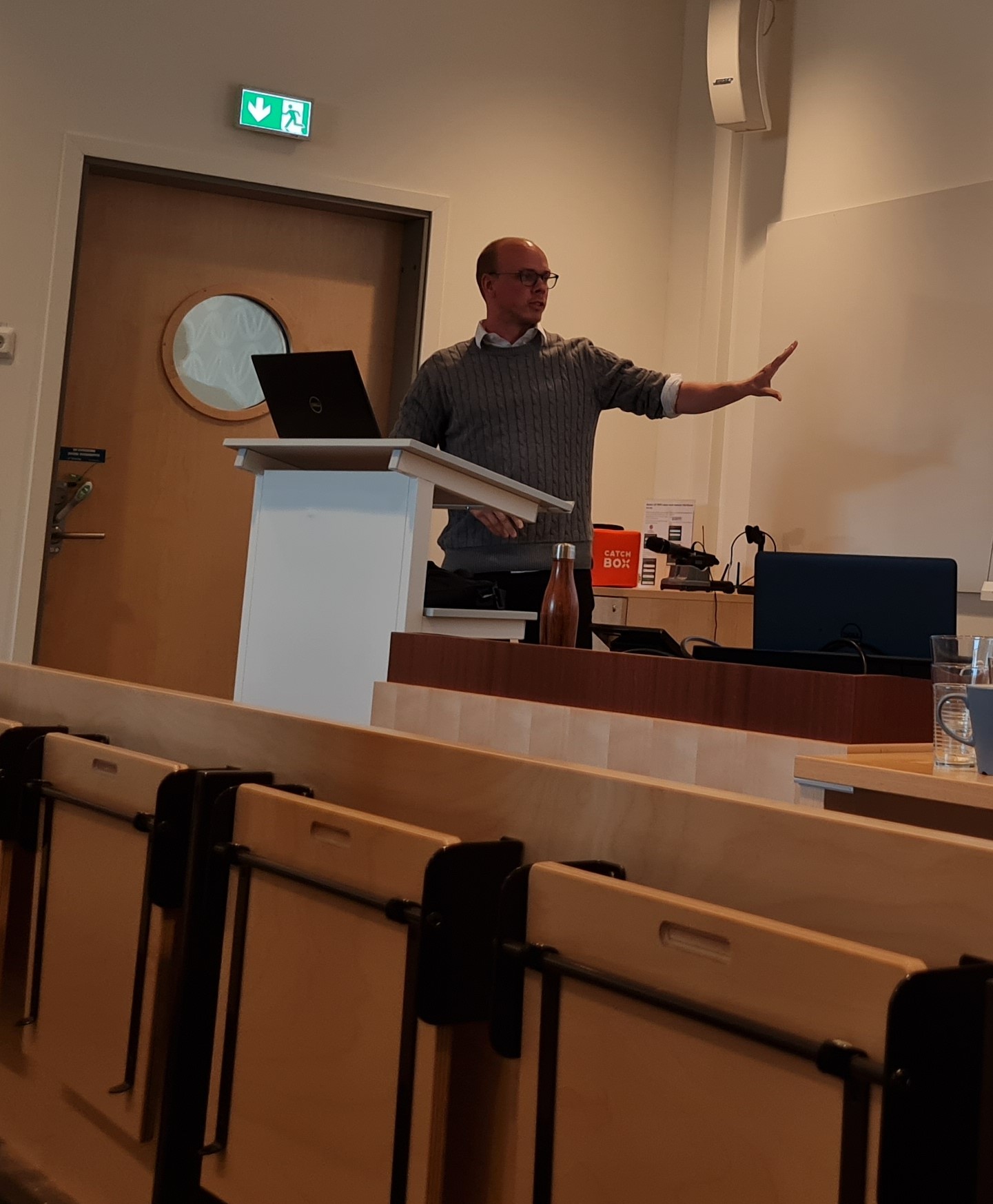 PhD student at the Department of Political Science and Law, Swedish Defence University

I’m mainly concerned with ontological security studies and narrative analysis, applying it to the area of environmental security where I examine how disasters are made sense of in the context of hostilities and conflict.
I found that discussions on disasters and conflicts often exposed a contradiction in how they were thought to interact. There are fears and worries that conflicts and hostilities will worsen as natural hazards are being intensified in the wake of climate changes. Yet there also an abundance of accounts regarding the resilience and compassion among disaster stricken communities (conflict-affected or otherwise). Puzzled by this apparent contradiction, I wanted to know more.
Scott Watson’s book International Order and the Politics of Disasters. For better or worse, his book made me rethink my entire project well into my second year of writing my dissertation…
I have developed a slight addiction for bouldering and, despite my fear of heights, I look for every opportunity to climb some more.
Get going with the empirics, your research problem will come to you. 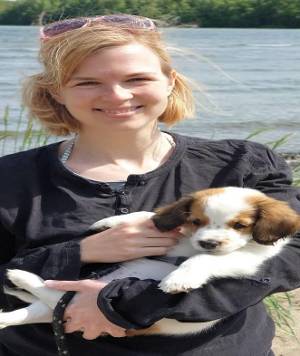 I have an interdisciplinary approach of environmental studies and risk management. My research field is natural hazard related disasters and the positive changes for the environment that these disasters might generate -a window of opportunity. After a natural hazard there can be changes made within the society that are beneficial for the environment. For instance changes made towards the SDGs, restoring degraded environmental areas, increased biodiversity or reduce air pollution. A disaster have the potential ability to enhance opportunities for the environment, the difficulty is to find them.
It started when I took my master at Kau in “Risk management in society”.  Natural hazards, including climate change, was one of the risks studied which I found really interesting. The reason is that we will never have a world where there are no natural hazards. At the same time we are making them more severe when causing climate change. The complexity of natural hazards and our (human) way of adapting, fighting or ignoring them will affect not only the lives of today, but for future generations. Both for human and our environmental systems.
Positive sides of a disaster. We are familiar with the negative sides of disasters but there are less research about possible positive aspects. For instance changes made that are beneficial for the environment which could contribute reaching some of the SDGs. This will generate further positive aspects, like if there are greener solutions within cities, the cities will also be more resilient towards climate change such as heat waves and heavy rain.
J. Birkmann, P. Buckle, J. Jaeger, M. Pelling, N. Setiadi, M. Garschagen, N. Fernando, J. Kropp, Extreme events and disasters: A window of opportunity for change? Analysis of organizational, institutional and political changes, formal and informal responses after mega-disasters, Natural Hazards. 55 (2010) 637-655. https://doi.org/10.1007/s11069-008-9319-2.
The reason for this being the most influential on my career is that it was from this article that I first got to know about the concept of window of opportunity for change within the environmental dimension. It was also from this article I drafted the framework to my first research article.
I like to exercise. I mostly go to the gym or take a run in the forest. I have a dog so there are a lot of walking several times a day, which actually is when I get the best ideas for my work. I also like to bake, mostly cakes and cookies.
Make sure to take weekends off and prioritize vacation every year. A rested mind is an efficient mind! 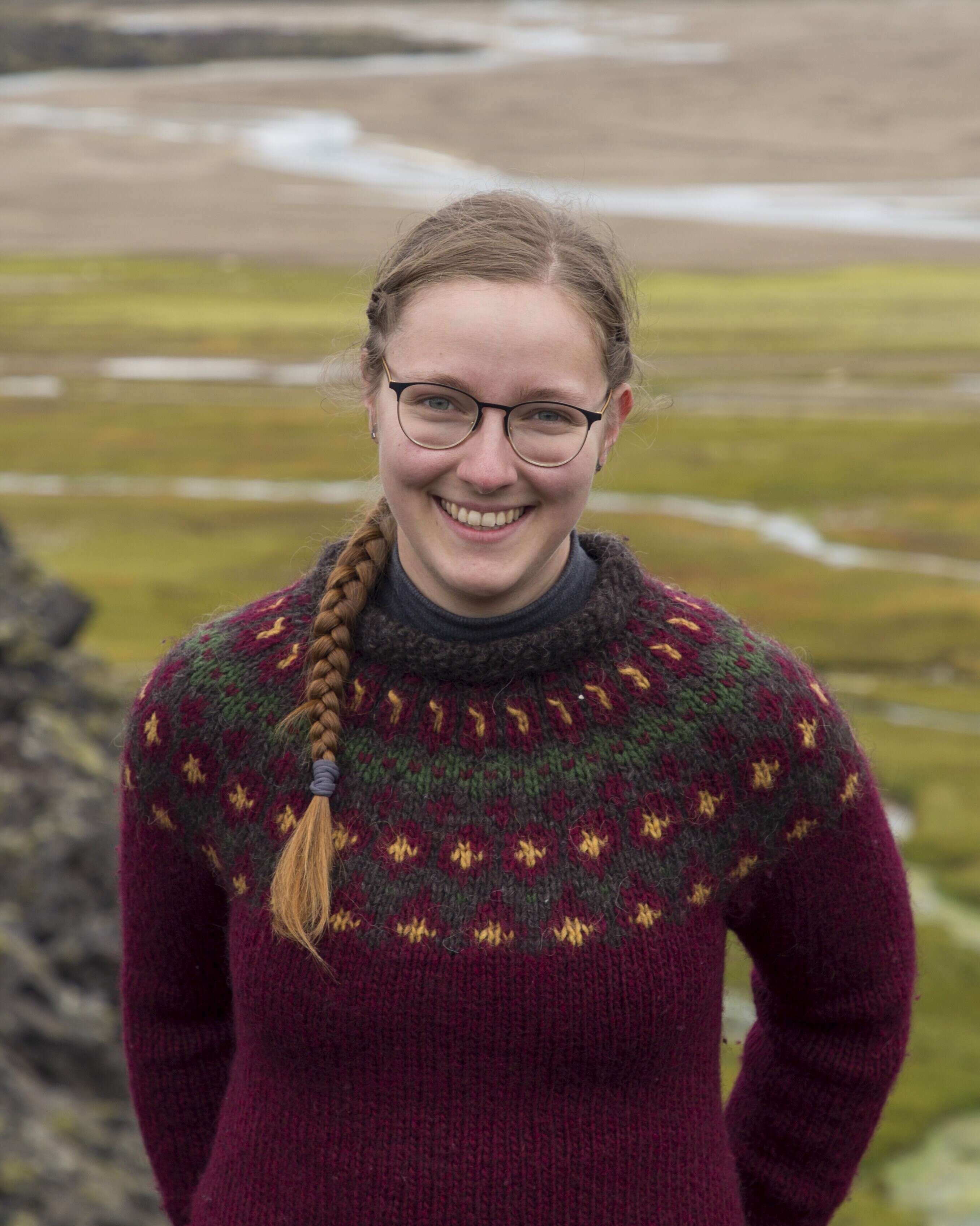 PhD student at the Department of Earth Sciences, Uppsala university

I study and model volcano deformation, which is how the ground moves when magma accumulates under the surface. My main interest is how crustal heterogeneity, such as layers of varying stiffness or fractures and faults, influences the shape of such intrusions and observations on the Earth´s surface, and consequently, our interpretation of where the magma is located and how much it may be.

After I finished school, I spent a year working in Iceland. A few weeks after I arrived, a volcano started experiencing unrest. Because the volcano is located under a glacier, there was a chance that, in case of a subglacial eruption, flood waves of meltwater would flow down the river next to which I lived at the time. As a result, we got evacuation plans. In the end they were not needed, because the magma eventually surfaced north of the glacier and far away from any settlements or infrastructure. None the less, coming from a country without major earthquakes or active volcanoes, this left a huge impression on me and sparked my interest in volcanology and volcano monitoring.

The most influential paper to my career so far is probably “Volcanic plume height correlated with magma-pressure change at Grímsvötn Volcano, Iceland” by Hreinsdóttir et al. (2014).
When I first read it, I really liked the idea of connecting two different research approaches, in this case models of volcano deformation and plume height, through common or connected parameters, which here were the pressure change and magma flow rate. This article later became one of the corner stones of my MS-thesis and the multidisciplinary aspect, which I liked so much during the first read, is now an integral part of my PhD project.

When I am not working on research I like to knit and to spend time outside taking photos or simply enjoying nature.

Never stop being curious and keep asking questions. You either get answers and learn something, or you can try to find answers yourself in your research. Since I only started my PhD a year ago, I cannot really tell if this is a golden tip, but at least so far it worked for me. 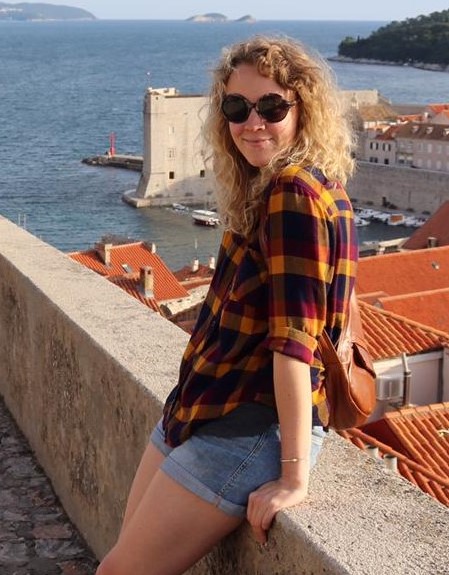 Volcanoes have intrigued human kind since the beginning. I’m working with a team to better understand their plumbing systems. The idea is, we can project our findings from old extinct systems onto active volcanoes, and improve forecasting abilities to mitigate hazards from eruptions.

The book “The man who found time” by Jack Repcheck has influenced me the most in my career. It’s about James Hutton, known as the Father of Geology, and how he used simple observations of natural processes around him to make the first claim that the Earth is much much older than what was accepted at the time (mid 1700s).

When I’m not working, I like to play outside—hiking, biking, paddle-boarding, rock climbing, etc. I like to cook meals and host dinner parties, knit socks, draw and paint pictures and read good books.

Follow your enthusiasm. If you find something boring, avoid it—and if you find something you really like, go after it! And also, talk to professors and PhD teaching assistants who find the same things interesting. This business is all about networking and it pays to know people!
Last modified: 2023-01-26
Print