Tracing the development of Turkish disaster management policy and governance 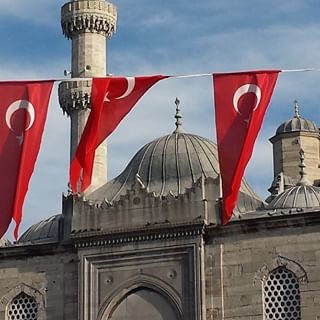 Turkey today is going through possibly the most turbulent period in its history, with major consequences both nationally and internationally. The country looks dramatically different from the Republic founded by Atatürk in 1923. The pace of change has been rapid and fundamental, with core interlinked changes in ruling institutions, political culture, political economy, and society.

The Routledge Handbook of Turkish Politics pulls together contributions from many of the world’s leading scholars on different aspects of Turkey. Divided into six main parts, this handbook provides a single-source overview of Turkish politics:

CNDS fellow Helena Hermansson together with Professor Naim Kapucu contributed to this handbook with a chapter on disaster management policy and governance.

Turkey is highly earthquake prone. Geological and seismological vulnerabilities are further combined with social circumstances like rapid urbanization and uncontrolled economic development, which lead to concentrations of people in highly earthquake-prone areas. In 2017, Turkey experienced the highest seismic activity in fifteen years and the quakes were most intense in the western parts of the country where Istanbul is located.

This chapter traces the development of Turkish disaster management policy and governance over time. Even though many organizational and judicial reforms have had a focus on improving collaboration and increase decentralization, more recent changes challenge these advances. The development of disaster management policy and governance in Turkey is put in perspective by also outlining wider governance dynamics in the early 2000s. The chapter also discusses how more recent political developments and centralizing provisions, including the attempted coup d’etat in 2016 and the change to a presidential system in 2017, exacerbate the challenges that already exist to finding collaborative and participatory solutions for decreasing disaster risk. In the meantime, scientists hold their breath for the dreaded “big one”, the earthquake expected to hit Istanbul, the megacity that sprawls across one of the most active fault lines in the world.