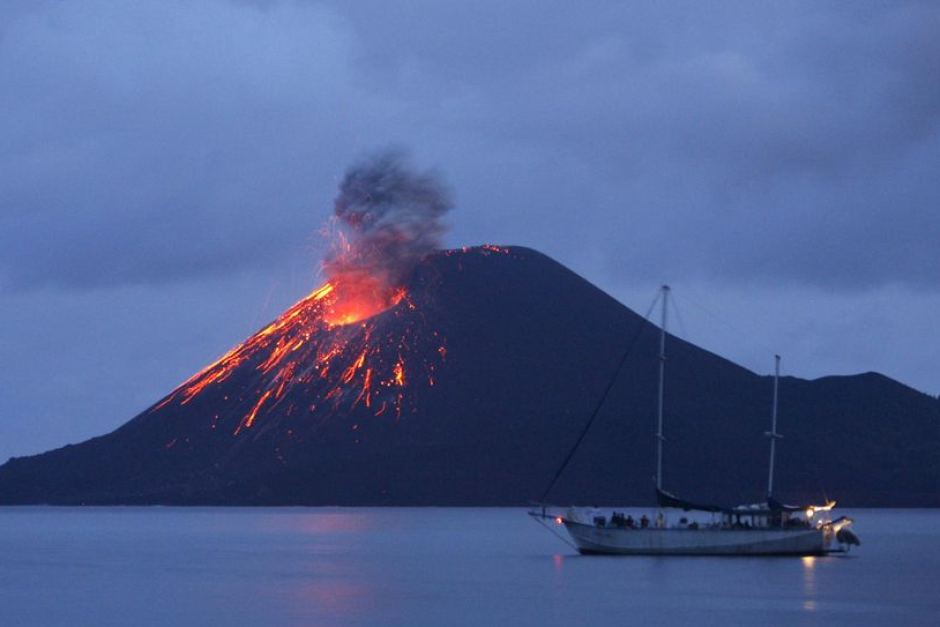 Volcano-induced tsunamis are thought to be rare and are therefore not commonly considered in tsunami early warning centers. Historic documents reveal, however, that Southeast Asia experiences volcano-induced tsunami hazards relatively frequently, with 17 events during the 20th century and at least 14 events during the 19th century, defining a recurrence rate of one event every 5–8 years. A volcano-induced tsunami from Anak Krakatau was anticipated, but accurate predictions were impossible owing to a lack of understanding of the processes involved. Hence, this study of the 22 December 2018 sector collapse at Anak Krakatau provides us now with important information about the precursors and processes that culminated in the disaster.

Anak Krakatau is an island volcano; a section of which collapsed on 22 December 2018, triggering a tsunami that killed over 430 people and displaced more than 30,000, with what was thought little advanced warning.

Prior to the collapse of a section of Anak Krakatau in December 2018 and the subsequent tsunami, the volcano exhibited several signs of activity in the months leading up to the event. This study, published in Nature Communications, notes that at the time, and when considered individually, none of the anomalies would have been conclusive enough to predict the events to come.

CNDS fellow Valentin Troll contributed to the study under the lead of Thomas Walter. Together, these researchers show that there were several signs of activity at Anak  Krakatau  prior to the 22nd December events. They report a gradual seaward motion of its southwestern flank from January 2018, which was accompanied by an intense phase of thermal activity initiated at Anak Krakatau on 30 June 2018, and an increase in the island’s surface area in the months leading up to the event. The authors suggest that these factors may help explain why a flank of the volcano collapsed. These new observations could help to improve monitoring for potential flank collapse on other island volcanoes and aid in refining early warning technologies.