Uppsala University has been ranked (for the fifth year in a row) as the 1st university in Sweden, as well as among top 75 in the world in the academic subject “Water Resources”, according to the latest Shanghai-ranking (Academic Ranking of World Universities). 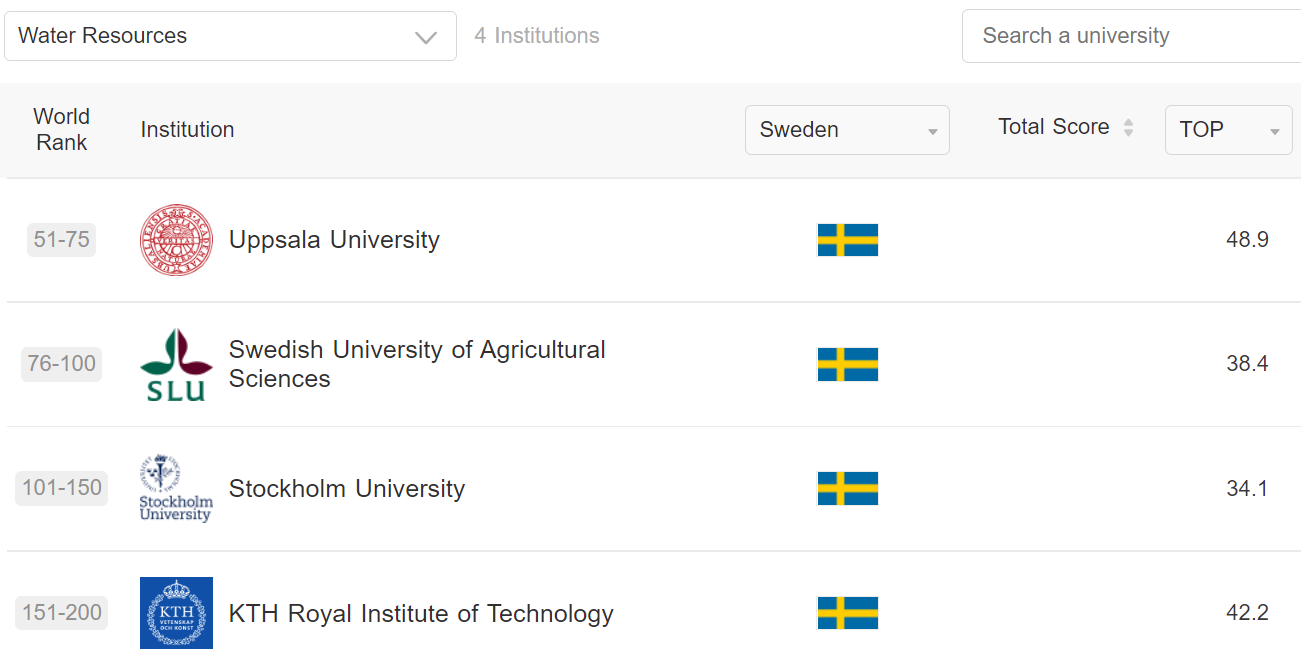 Strong international collaboration remains the main strength. This solid outcome over the past five year has been made possible by the scientifically and socially relevant work done by several scientists at the Department of Earth Sciences and the Centre of Natural Hazards and Disaster Science (CNDS).